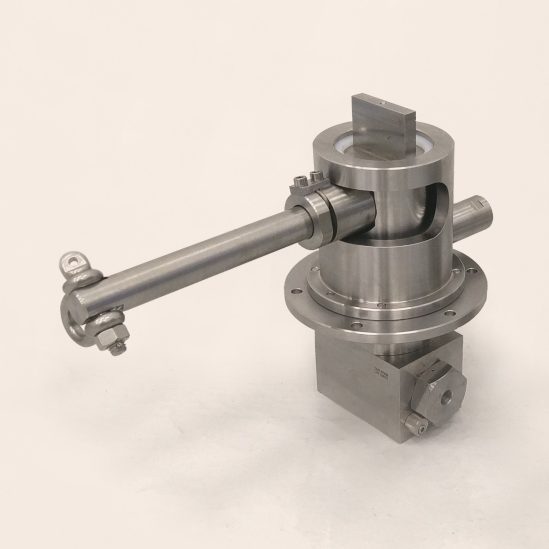 Webtool has developed an autonomous subsea resettable valve for installation and use with a charged hydraulic fluid store. Easily activated by a steel wire rope line, the valve activation system is designed for applications where autonomous operation is needed in the event of an emergency.

The valve activation device is subsea resettable. It features a paddle which is rotated by ROV to the closed position and the system recharged. The rod arm is then pushed back into position by ROV, ready for re-use.

The valve activation system has been successfully deployed on a number of IWOCS emergency disconnection systems. Here the valve is activated by the movement of the Lower Marine Riser Package (LMRP) drifting away from the Blowout Preventer (BOP) on a subsea well. The movement of the LMRP overcomes the resistance of the spring detention cartridge.